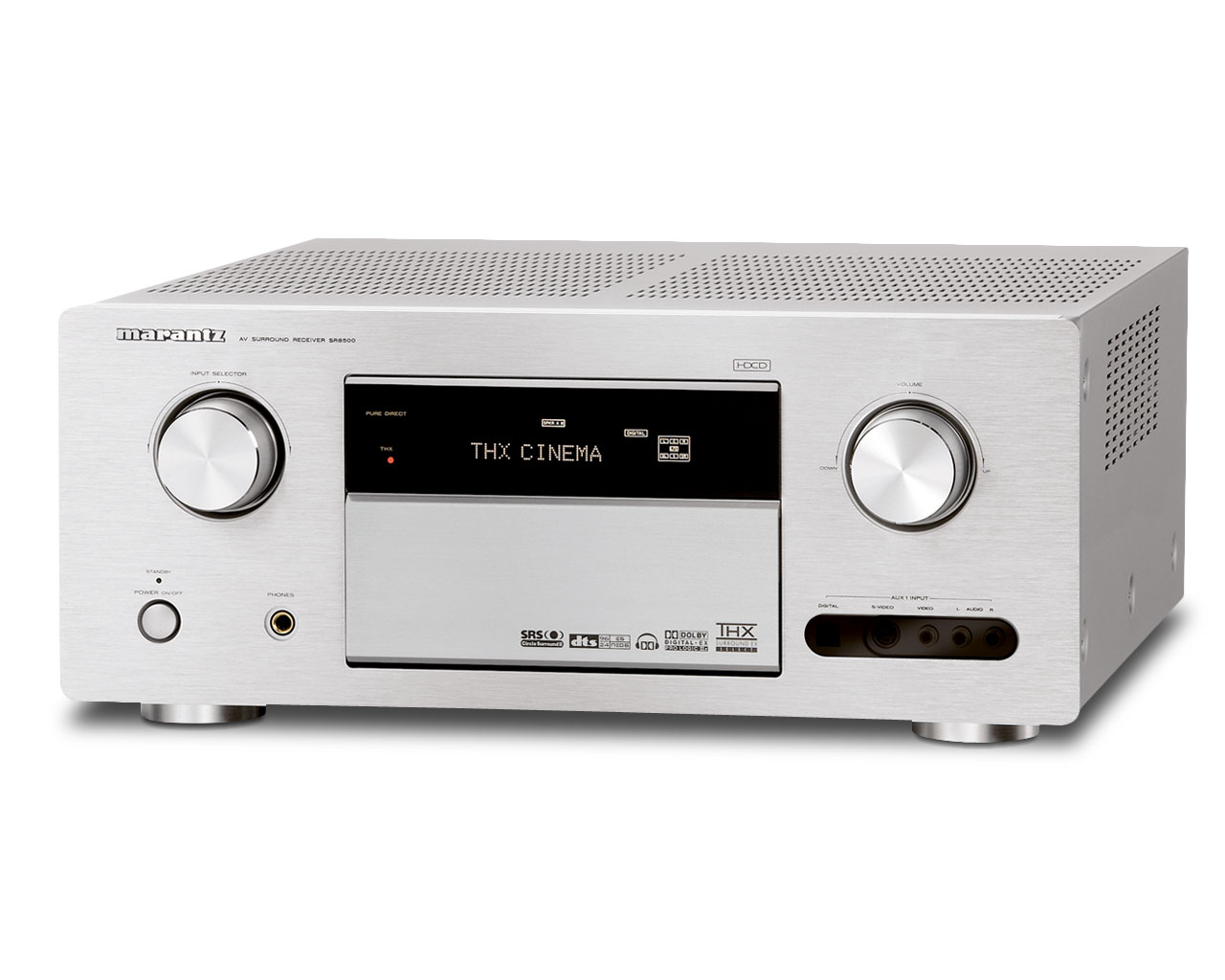 For several years now, my Marantz SR8500 A/V receiver has randomly refused to power on from standby, and occasionally kicks out of operation. I think it has something to do with the ambient temperature and humidity, which has been outta control this year in NYC.

Let’s see if we can fix it.

My only datapoint to work from is a brief flash of the words “CHECK POW5” on the receiver’s display. I found a blog post that describes this as when the receiver goes into “protection mode” which can occur for multiple reasons.

I’m looking at the 5v power rail first because that’s what the error message on the display is complaining about. There’s a 5v regulator (LDO) on the standby PCB and the first thing I noticed is a flat ribbon cable was resting against the LDO’s heatsink tab. There was some soot around the contact point, but the conductor within the ribbon cable potentially making electrical contact is listed as “N.C.” so I don’t think that’s a problem.

The schematic shows three 5v supplies: +5VL, +5VD and +5VV. They all come up and hold steady. I then look for a higher-voltage DC supply in case the 5v supply on other boards is generated locally. Sure enough, there are +15V and -15V supplies on the power PCB and I can see local 5v LDOs on several other boards. -15V comes up (down) as expected, +15v makes a lame attempt to hit +1v and sinks to nothing. What an asshole.

A check of the +15V network in the schematic shows no obvious barrier to hooking a bench supply to the system here, so let’s put +15v on the +15V supply and see what happens.

To get the power PCB out of the enclosure, we have to:

Each step also requires us to snip a plethora of zip-ties. Anyway let’s order replacements for all the LDOs in case we have another failure down the road (they’re cheap):

To save a ton of effort, I attempt unscrewing the heatsink bolt with a pair of pliers.

Aw yea. Let’s toss in the new part and see what happens.

Aw yea, now let’s put everything back together!

Moral of this story

No matter how huge the task, no matter how insurmountable your fear – if you can take apart a Marantz product and remember where all the screws go, you can do literally anything.