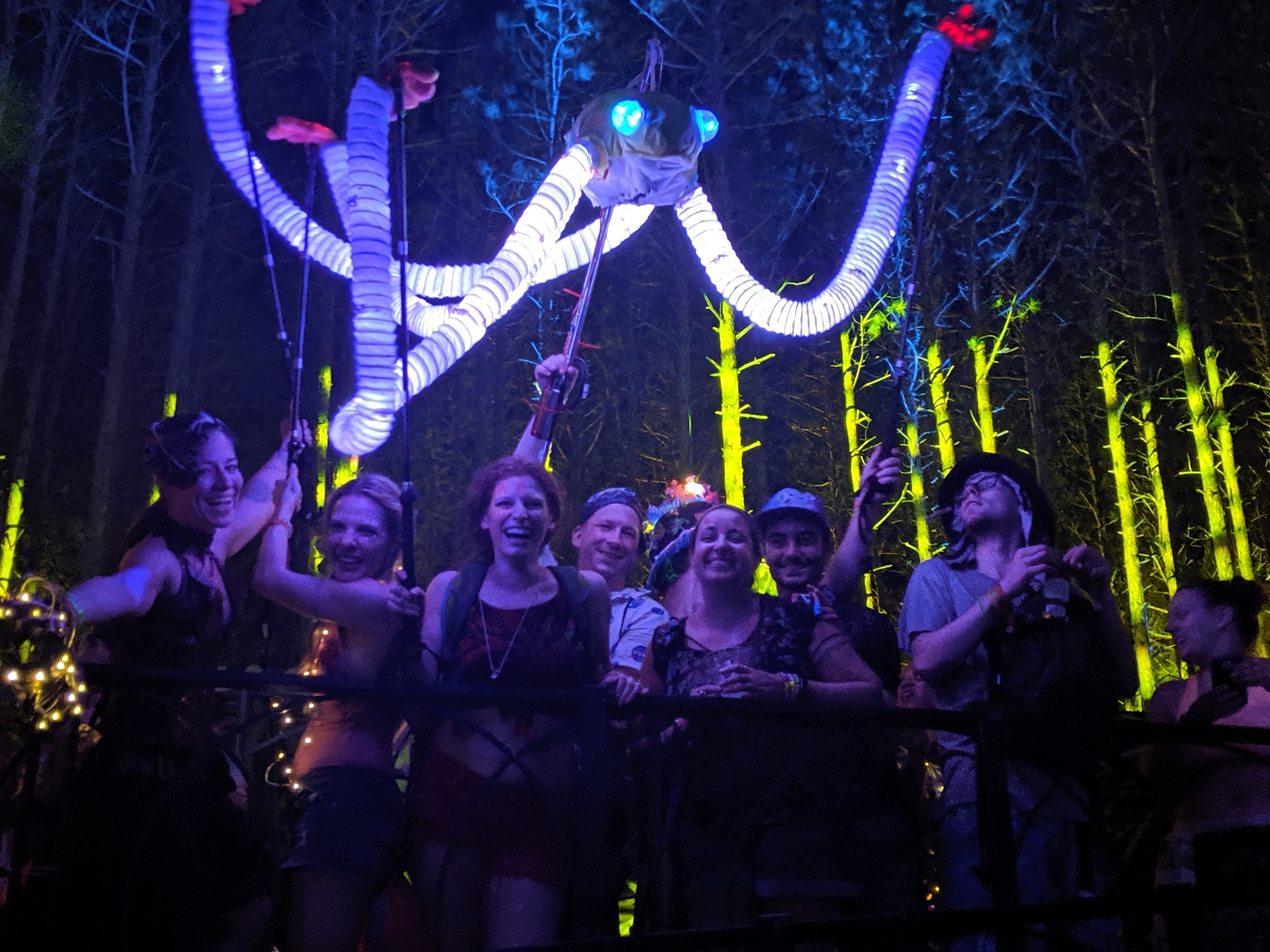 The folded, 4-pixel LED strips had to be inserted inside the arms by threading the output leads through holes in the arms by way of a makeshift knitting needle. Threading the wires like this provided a means to anchor the LED strips transverse to the flexible vinyl hose so the light was thrown down the hose. The effect was even better than I hoped!

It was absolutely hilarious watching this huge frog with disco-eyes and noodley arms waltz through Electric Forest. A hundred high-fives were given from orange feet at the end of 8-foot arms, and seeing the joy/laughter on people’s faces was more than worth the effort.