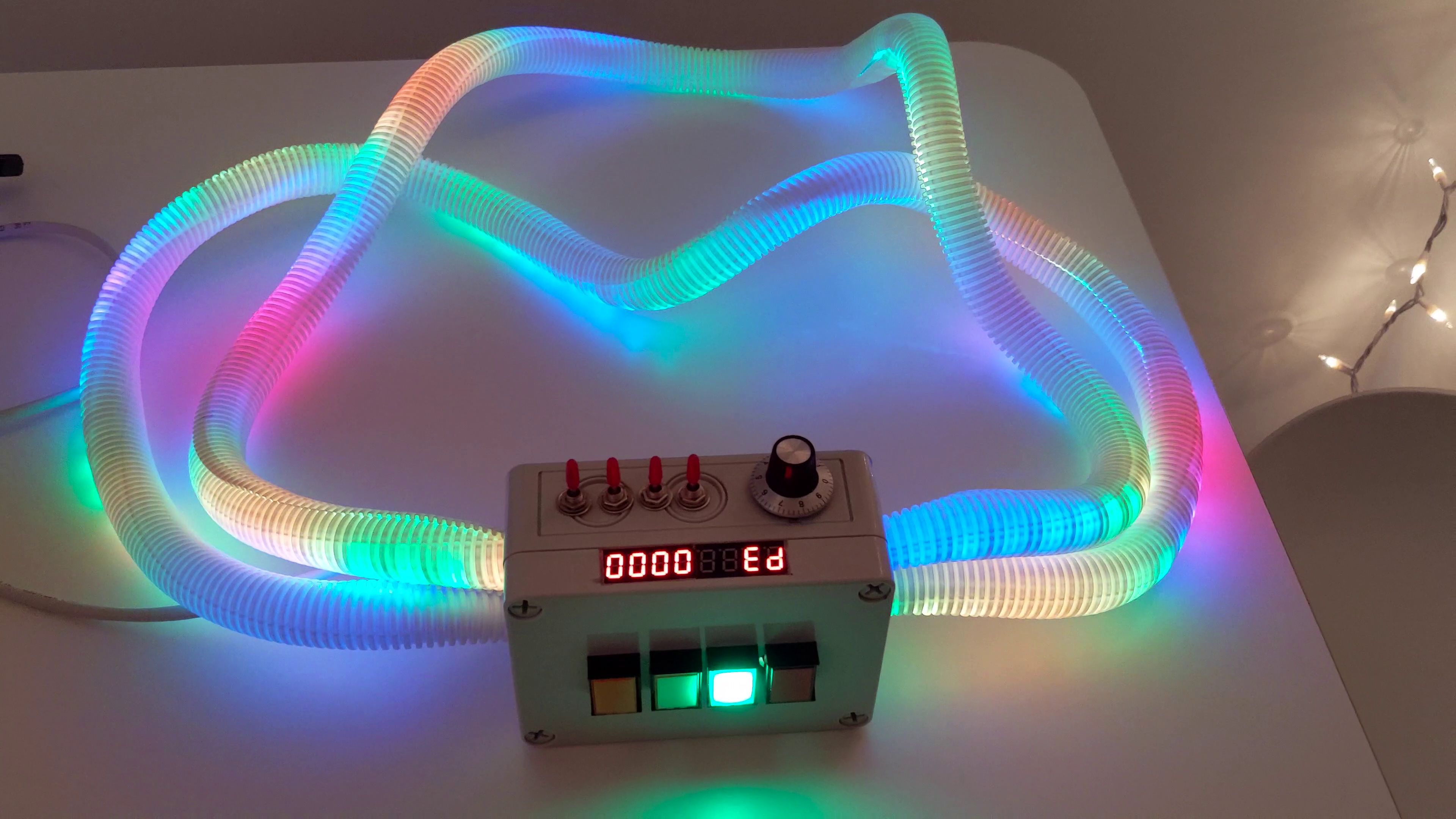 The illuminated buttons select among 4 programs to run, one of which is “stop”. Some programs have multiple modes that are cycled through by pressing the same program button again.

The 7-segment display shows the current program number and the value of the most recently adjusted variable.

The potentiometer varies a single firmware variable at a time, and the toggle switches select the variable to modify. Four toggles provide selection among 15 variables, and also no variable.

Improvements I probably won’t ever get to